Comet chemistry suggests way to get breathable oxygen on Mars

Science fiction stories are chock full of terraforming schemes and oxygen generators for a very good reason—we humans need molecular oxygen (O2) to breathe, and space is essentially devoid of it. Even on other planets with thick atmospheres, O2 is hard to come by.

So, when we explore space, we need to bring our own oxygen supply. That is not ideal because a lot of energy is needed to hoist things into space atop a rocket, and once the supply runs out, it is gone.

One place molecular oxygen does appear outside of Earth is in the wisps of gas streaming off comets. The source of that oxygen remained a mystery until two years ago when Konstantinos P. Giapis, a professor of chemical engineering at Caltech, and his postdoctoral fellow Yunxi Yao, proposed the existence of a new chemical process that could account for its production. Giapis, along with Tom Miller, professor of chemistry, have now demonstrated a new reaction for generating oxygen that Giapis says could help humans explore the universe and perhaps even fight climate change at home. More fundamentally though, he says the reaction represents a new kind of chemistry discovered by studying comets.

[The team’s findings, titled “Direct dioxygen evolution in collisions of carbon dioxide with surfaces,” appear in the May 24 issue of Nature Communications; more at links] 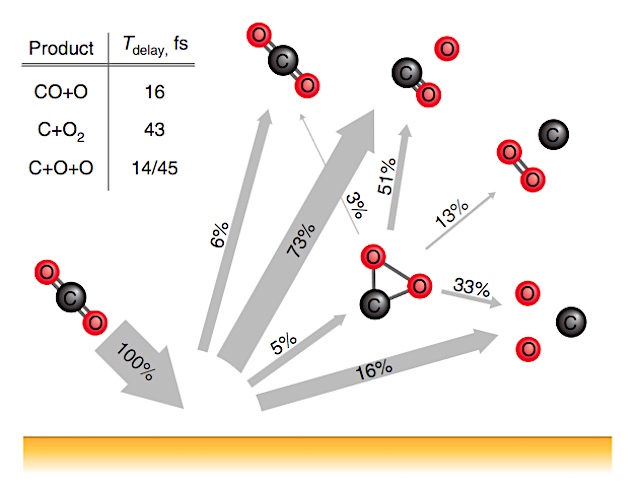 This entry was posted in Reports and tagged atmosphere, CO2, molecular oxygen, terraforming. Bookmark the permalink.