A rover for Phobos and Deimos 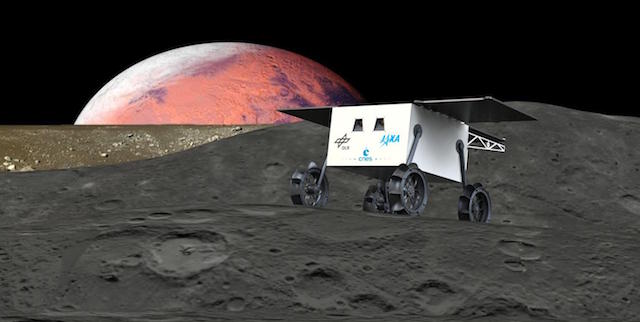 Mars has two small moons, Phobos and Deimos. These are the target of the Japanese Martian Moons eXploration (MMX) mission, which also involves international partners. Scheduled for launch in 2024, it will enter Mars orbit in 2025, and return samples to Earth in 2029. The spacecraft will carry a German-French rover that will land on either Phobos or Deimos and explore the surface in detail for several months. The scientists hope to gain new insights into the formation and evolution of the Solar System.

“The world-first exploration of the Martian moons with a rover is a major technical challenge that we are tackling within the framework of our strong and proven partnership with Japan and France,” says Pascale Ehrenfreund, Chair of the DLR Executive Board. “Together, we want to push the boundaries of what is technically feasible in robotic exploration and expand our knowledge about the origin of the Solar System.” [More at link]