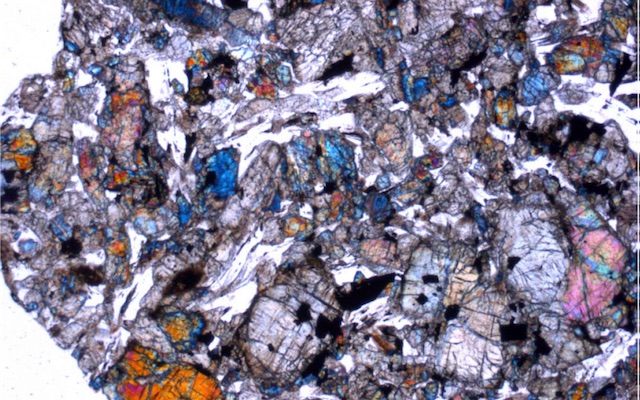 Meteorites that come from Mars usually become contaminated after landing on Earth. One Mars meteorite, named Tissint, was seen falling in the dry Moroccan desert, and many of its pieces were collected within months. We analyzed the meteorite and the local soil for organic compounds and soluble salts.

We found differences between the Tissint meteorite and the local soil that suggest that Tissint is uncontaminated. The analyses also showed that the soluble salts in Tissint most likely came from Martian fluids that were similar to terrestrial seawater. [More at link]

This entry was posted in Reports and tagged brines, Mars meteorites, Tissint. Bookmark the permalink.