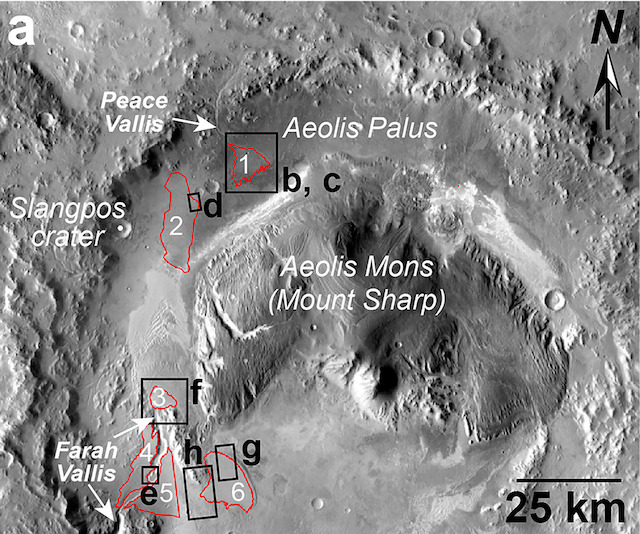 [Editor’s note: From a paper by John Grant and Sharon Wilson recently published in the Journal of Geophysical Research; related story here.]

Several fan‐shaped deposits on the walls and floor of Gale crater formed via deposition of water transported sediment. Overall, the fan deposits are fairly well preserved, and the number of impact craters on their surfaces indicate they are much younger (~2 billion years old or less) relative to the older, more widespread water‐related deposits that formed in the crater over 3 billion years ago.

The late episode(s) of water‐related activity in Gale crater may be associated with late‐occurring chemical precipitation within and (or) cementation of older rocks within the crater and suggests that habitable conditions persisted inside the crater later than previously thought. [More at link]