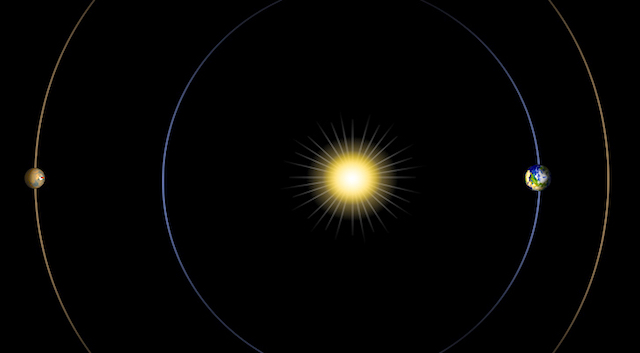 The MAVEN operations and navigation teams are preparing for Mars solar conjunction, when the Sun is lined up almost directly between Earth and Mars: https://go.nasa.gov/2OOZQhy.

This year, Mars solar conjunction will happen between Aug. 28 – Sept. 7. Due to an increased risk of corruption to radio transmissions between Earth and Mars during conjunction, NASA places a moratorium on sending commands to Mars spacecraft during this time.

MAVEN status update:
MAVEN currently has a periapsis altitude (closest point to Mars in its orbit) of 152 km and an apoapsis altitude (farthest from Mars) of 4,495 km. The orbital period of the spacecraft is 3 hours 39 minutes and the distance from Earth to MAVEN is 2.66 AU (398 million km or 247 million miles). One way light time to the spacecraft is ~22 minutes. [More at links]