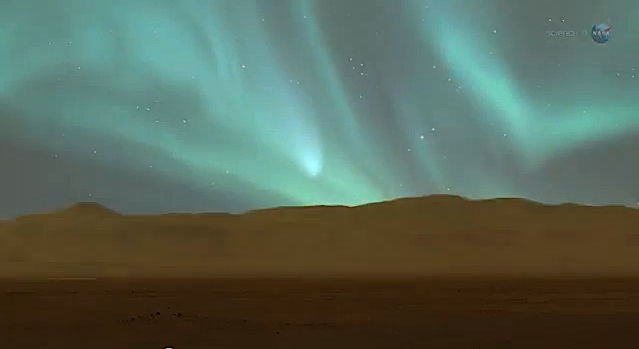 On October 19, 2014, Comet Siding Spring will pass by Mars only 132,000 km away — which would be like a comet passing about 1/3 of the distance between Earth and the Moon. The nucleus of the comet won’t hit Mars, but there could be a different kind of collision. “We hope to witness two atmospheres colliding,” explains David Brain of the University of Colorado’s Laboratory for Atmospheric and Space Physics (LASP)…. “It is possible,” says Brain, “that the atmosphere of the comet will interact with the atmosphere of Mars.  This could lead to some remarkable effects — including Martian auroras….” [More at link, including video]