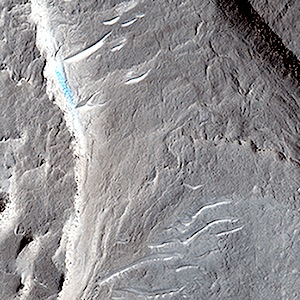 One of the important roles of HiRISE is to take high resolution images of potential landing sites for future landing missions. This image is of an area called Aram Dorsum (also known by its old name, Oxia Palus) that has been suggested for the 2018/2020 ExoMars Rover, because it contains an ancient, exhumed alluvial system. Imaging is needed both to check for boulder fields and other obstacles, as well as checking the scientific justification for choosing a site… [More at link]