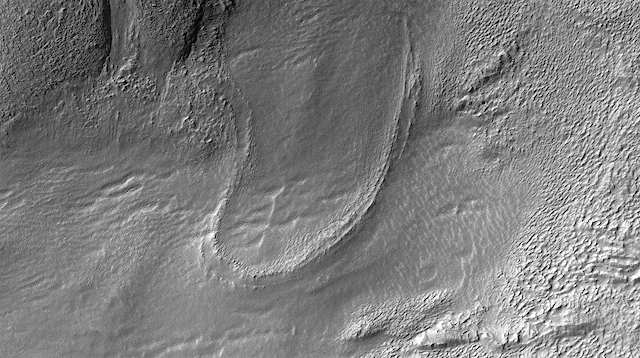 Two flows. The objective of this observation is to examine two flows near the base of a mound. There seem to be a number of flows like these in the region. Reull Vallis is believed to have formed when running water flowed in the distant Martian past. 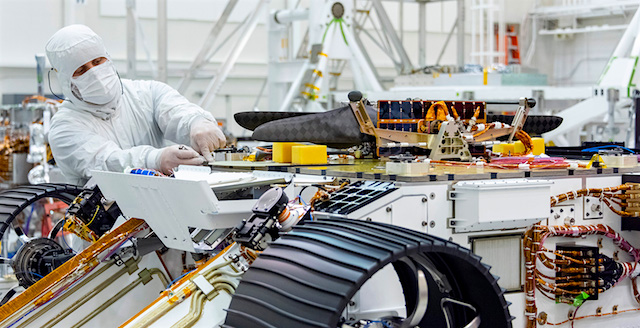 Red rover, red rover, send a name for Mars 2020 right over! NASA is recruiting help from students nationwide to find a name for its next Mars rover mission.

Starting Tuesday, Aug. 27, K-12 students in U.S. public, private and home schools can enter the Mars 2020 Name the Rover essay contest. One grand prize winner will name the rover and be invited to see the spacecraft launch in July 2020 from Cape Canaveral Air Force Station in Florida.

The Name the Rover contest is part of NASA’s efforts to engage students in the STEM enterprise behind Mars exploration and inspire interest in science, technology, engineering and mathematics.

“This naming contest is a wonderful opportunity for our nation’s youth to get involved with NASA’s Moon to Mars missions,” said NASA Administrator Jim Bridenstine. “It is an exciting way to engage with a rover that will likely serve as the first leg of a Mars Sample return campaign, collecting and caching core samples from the Martian surface for scientists here on Earth to study for the first time.” (…)

“Our Mars 2020 rover has fully taken shape over the past several months, as the project team installed various components onto the chassis: the computer brain and electronics; wheels and mobility system; robotic arm; remote sensing mast; the seven science instruments; and finally, the sample caching system,” said George Tahu, Mars 2020 program executive. “All that’s missing is a great name!” [More at link] 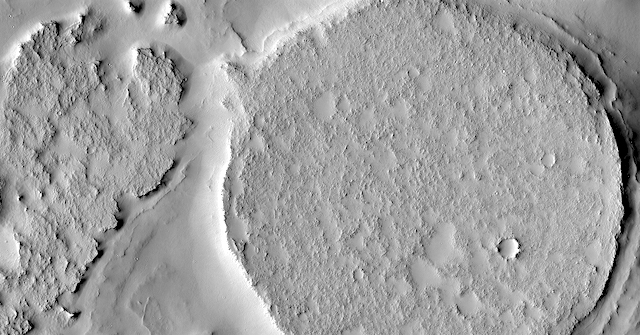 A beveled circular feature. This very interesting, beveled and flat circular surface is surrounded by craters. It is itself a pedestal crater or could it be a small ancient volcano? High resolution can afford us a closer look at the texture of the terrain to help us figure it out.

THEMIS Image of the Day, August 28, 2019. Yardangs are present at the top of this VIS image. These features are created by long term winds scouring a poor cemented surface material into linear ridges and valleys. These yardangs are part of the Medusa Fossae Formation.

It has been suggested that this region of Mars provides a large percentage of the surface dust seen around the planet. Ash falls from nearby volcanoes may have been the source of the surface materials eroded into these and other wind eroded landforms.

The Rosalind Franklin ExoMars rover has completed its construction activities in the UK and will now depart to France for testing under the conditions of the Red Planet’s environment.

The final pieces of the rover’s scientific suite of instruments were attached at the Airbus Defence and Space site in Stevenage over the last weeks. The finishing touches included the ‘eyes’ of the rover: the high-resolution cameras that will provide panoramic and close-up images of the terrain that the rover will explore once on Mars in 2021.

The primary goal of the mission is to determine if there has ever been life on Mars, and to better understand the history of water on the planet. The rover will seek out interesting geological locations to examine with its scientific tools and to drill to retrieve underground samples, on a quest to tackle these questions.

As such, the rover was assembled in a sterile cleanroom under stringent cleanliness rules to avoid that organics, including traces of human life, are accidentally carried to Mars and contaminate the samples. [More at link] 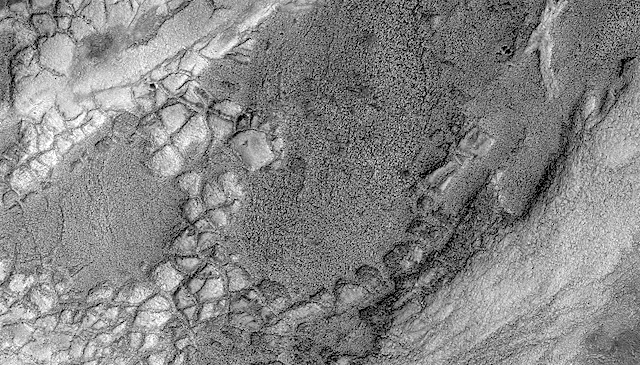 A ridge network in Hellas Planitia. The objective of this observation is to examine a ridge network that seems to be forming from an upper layer of material. There are many exposures of ridges in this location, and this spot also contains some that are very regular in size and shape.

THEMIS Image of the Day, August 27, 2019. The pits and channels in the VIS image are located along the margin between Arabia Terra and Acidalia Planitia.

Arabia Terra is one of the oldest surface regions on Mars and contains a large variety of surface features.

HiRISE: Into the dune database 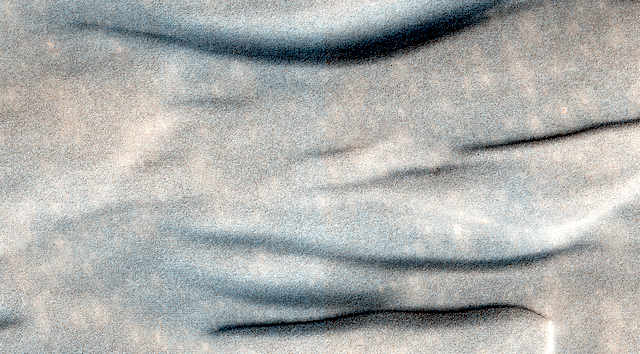 Into the dune database. Dunes are particularly suited to comprehensive planetary studies because they are abundant over a wide range of elevations and terrain types. Observations like this one are used to aid in classification and volume estimates of dunes in USGS global dune database.