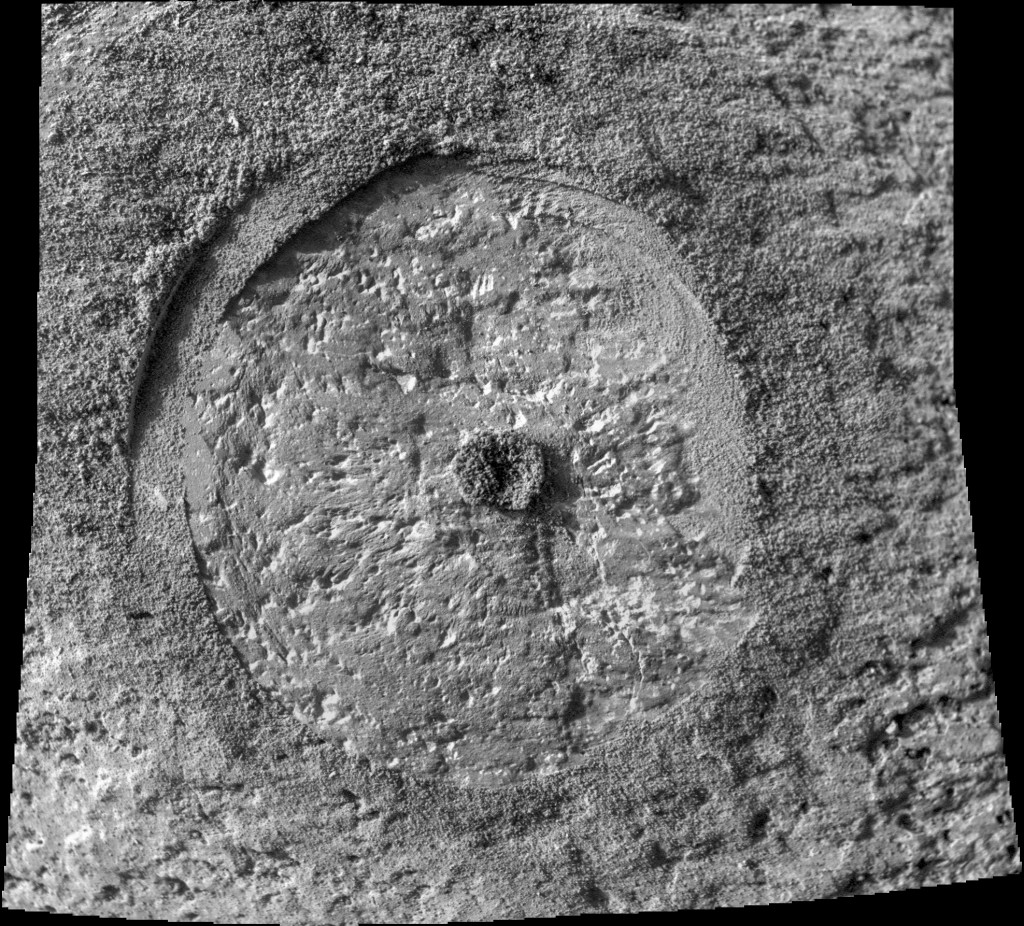 Sol 4704, April 18, 2017. On its path to Perseverance Valley, the rover drove across an area of flat rock, apparently bedrock. But what rock unit is it?

As a target of, um, opportunity, the science team decided to drill into the rock with the Rock Abrasion Tool, better known as the RAT. (A false-color view of the rock slab that has been RATted is here.) 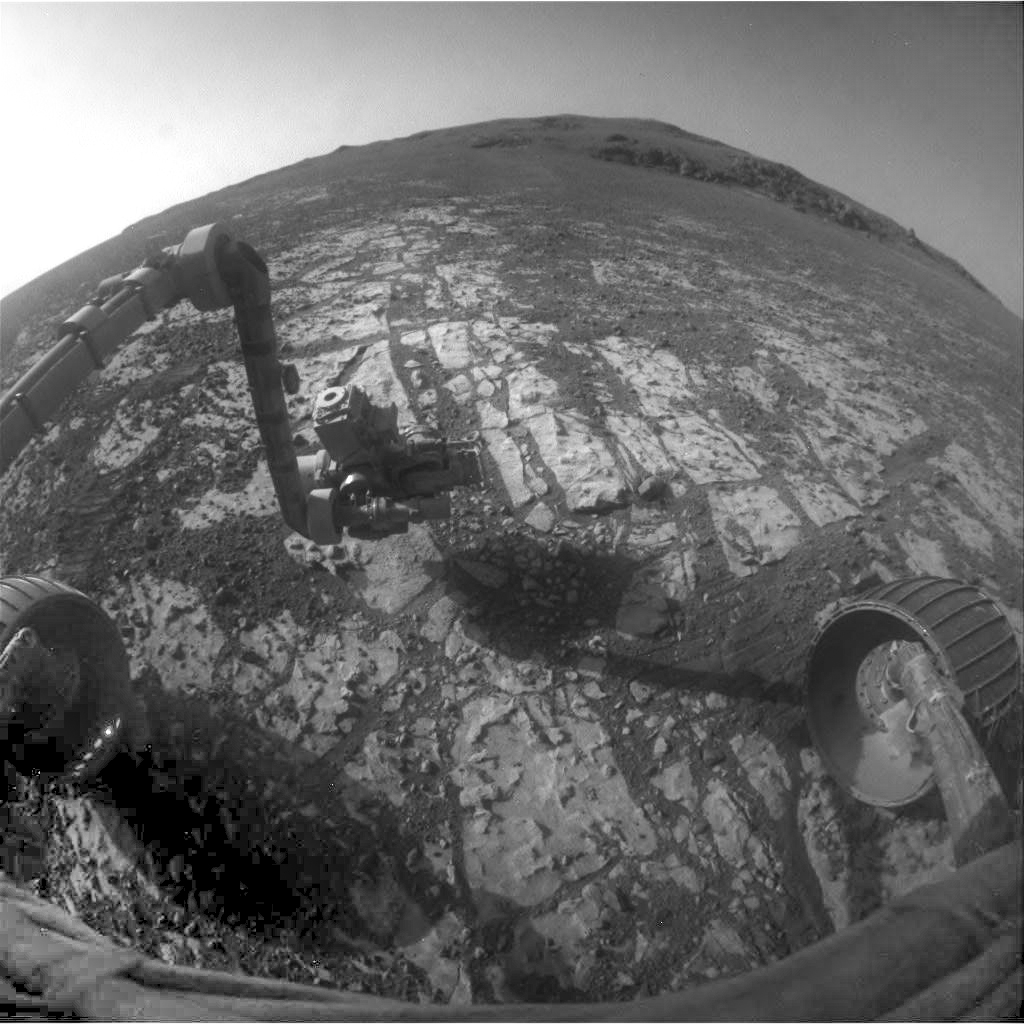 At top right is the view of the RAT target dubbed Ogallala, while at lower right is the front Hazcam view, which shows the upper slope of Cape Tribulation. Both images enlarge when clicked.