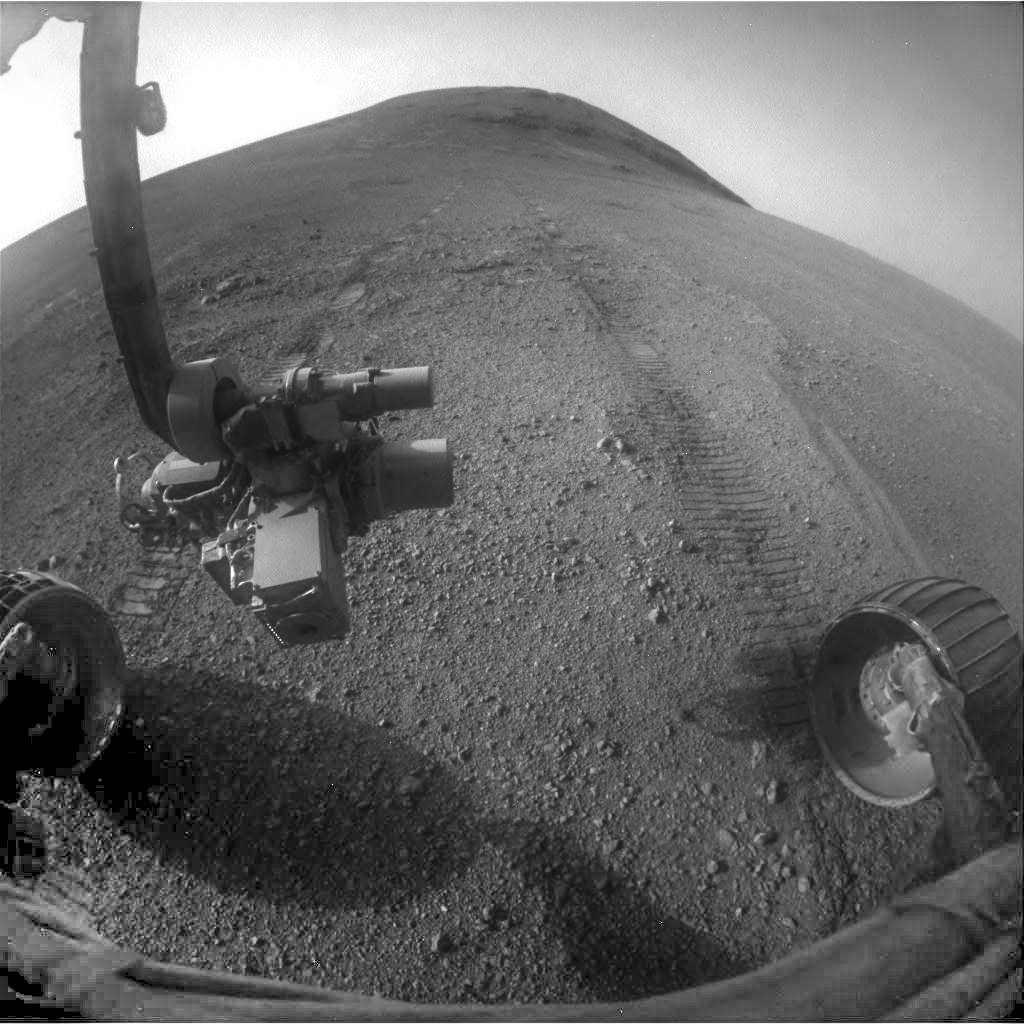 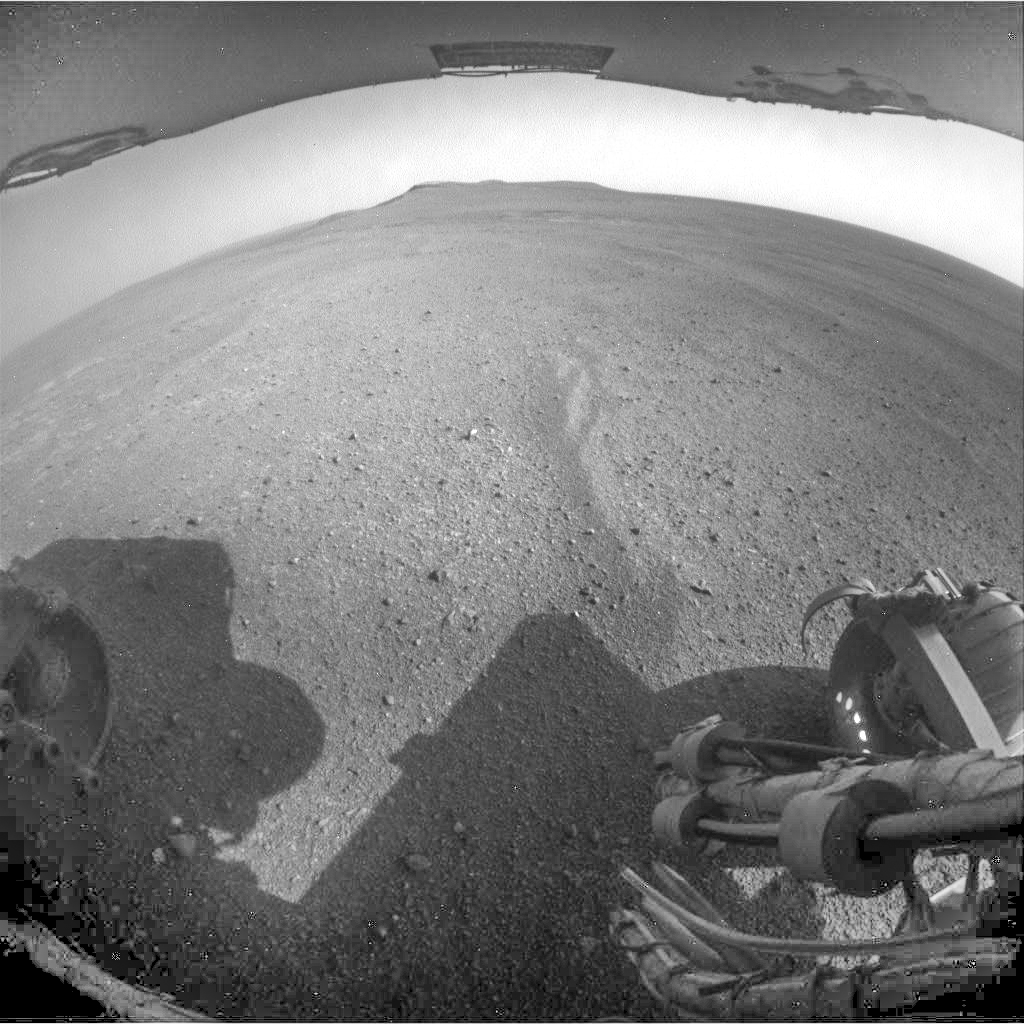 The flat mesa in the distance directly ahead in the forward view is the feature named Winnemucca. From high up on Cape Tribulation, its upper surface appeared bright, probably from an accumulation of dust.