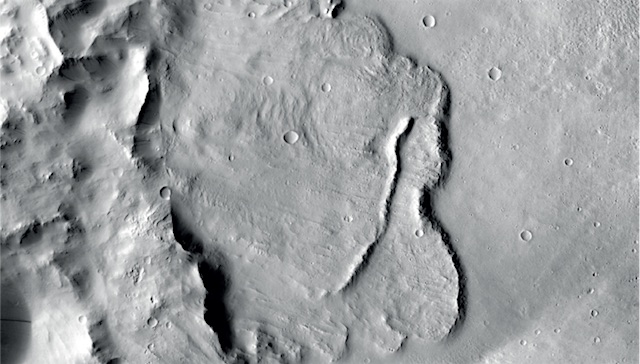 Mars Express has revealed the first geological evidence of a system of ancient interconnected lakes that once lay deep beneath the Red Planet’s surface, five of which may contain minerals crucial to life.

Mars appears to be an arid world, but its surface shows compelling signs that large amounts of water once existed across the planet. We see features that would have needed water to form – branching flow channels and valleys, for example – and just last year Mars Express detected a pool of liquid water beneath the planet’s south pole.

A new study now reveals the extent of underground water on ancient Mars that was previously only predicted by models.

“Early Mars was a watery world, but as the planet’s climate changed this water retreated below the surface to form pools and ‘groundwater’,” says lead author Francesco Salese of Utrecht University, the Netherlands.

“We traced this water in our study, as its scale and role is a matter of debate, and we found the first geological evidence of a planet-wide groundwater system on Mars.”

Salese and colleagues explored 24 deep, enclosed craters in the northern hemisphere of Mars, with floors lying roughly 4000 m below martian ‘sea level’ (a level that, given the planet’s lack of seas, is arbitrarily defined on Mars based on elevation and atmospheric pressure). [More at links]