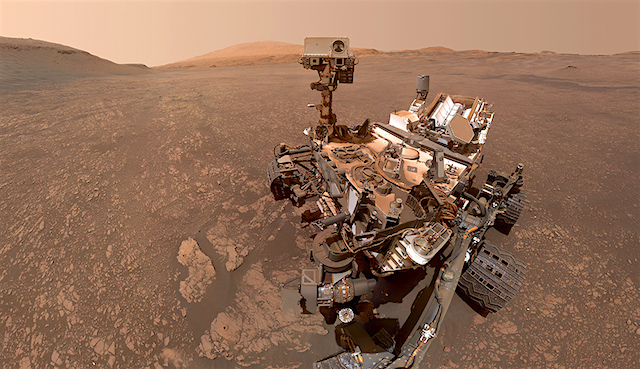 A team of researchers led by scientists at York University’s Lassonde School of Engineering has created a model of how methane changes on Mars throughout the day by using data from a satellite, the ExoMars Trace Gas Orbiter and the Curiosity Rover. In the past, each had measured significantly different amounts of methane on Mars. The new measurements provide more clues that could help to understand what processes are important in creating the methane coming from a large 154 km- wide crater on the planet, Gale crater.

The study published in Geophysical Research Letters today was led by John Moores, York University Research Chair in Space Exploration and professor in the department of Earth and Space Science and Engineering at the Lassonde School of Engineering. Moores worked with a team of researchers in Canada, Australia, the United States and France and is part of NASA’s Mars Science Laboratory mission.

Methane is a key indicator of processes in the subsurface such as water-rock reactions, decomposition of clathrates or ancient accumulated meteoritic organics, and even current or past microbial activity. Scientists have been trying for more than a decade to determine what the source of methane on Mars could be, Moores says… [More at links]